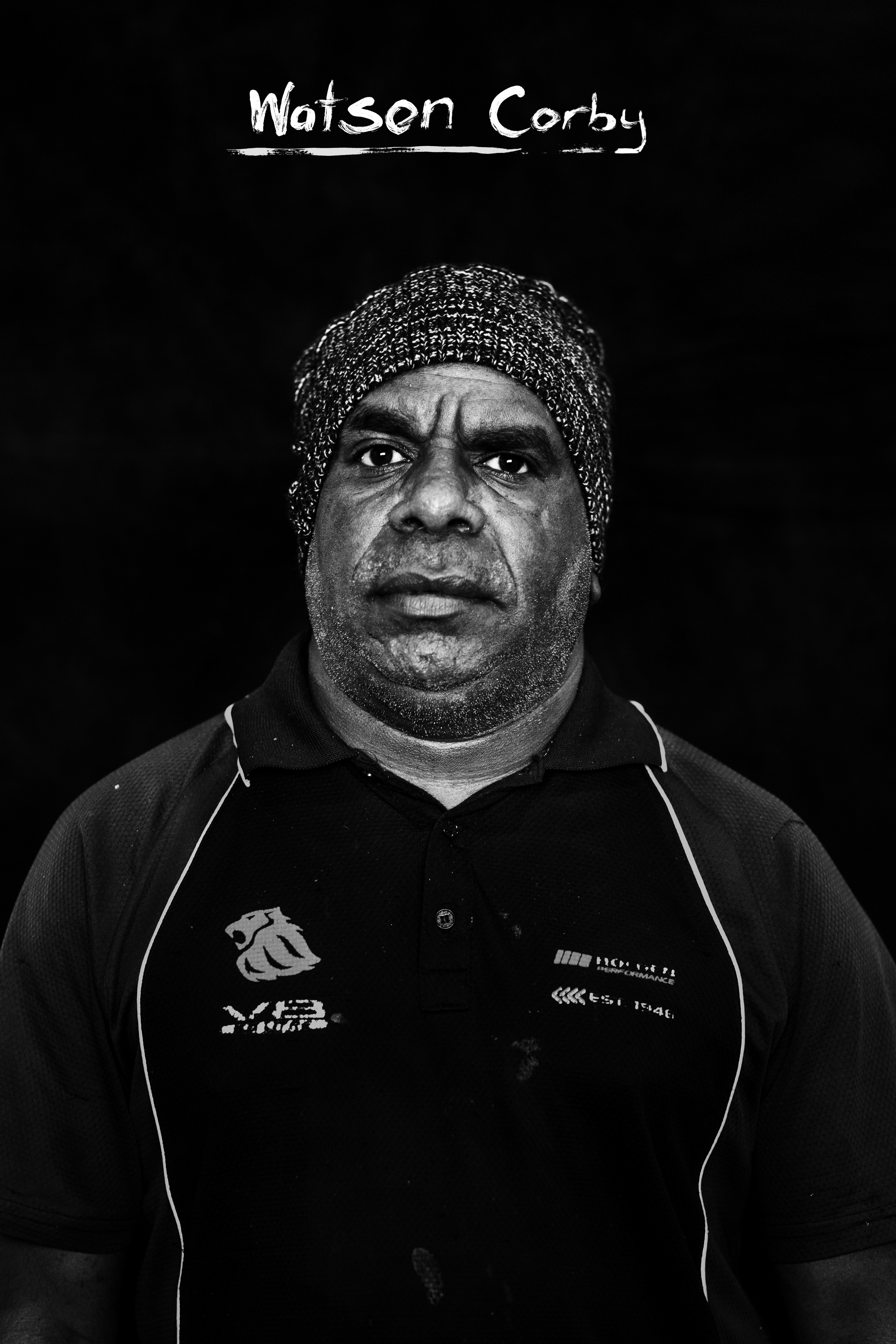 Watson Corby was born in Papunya in 1973, son of founding Papunya Tula painter David Corby Tjapaltjarri and grandson of Johnny Warangkula Tjupurrula, and he learned to paint by watching them and his mothers.

Watson often paints Kalipinypa Tjukurrpa (Dreaming), which was passed down to him from his Grandfather, and tells of an important rain making ceremony, with the power to create new life and growth upon the land and the resulting storms. He paints this story employing a drip technique onto canvas or linen laid horizontally using a variety of found and homemade paint applicators. The resulting abstract lines and expressive drips of paint create works of depth that draw the viewer in and a style very unique to Watson Corby. Watson occasionally paints the Tjunti Wallaby story, which was passed onto him by his father, telling of the wallaby dreaming place at Tjunti, west of Nyrippi. Watson, who is also the current Chairperson of Papunya Tjupi, has been instrumental in the recent Men’s Art and Cultural Revival at Papunya Tjupi Arts, encouraging and leading the younger male cohort of painters in the studio and taking them on country visits. 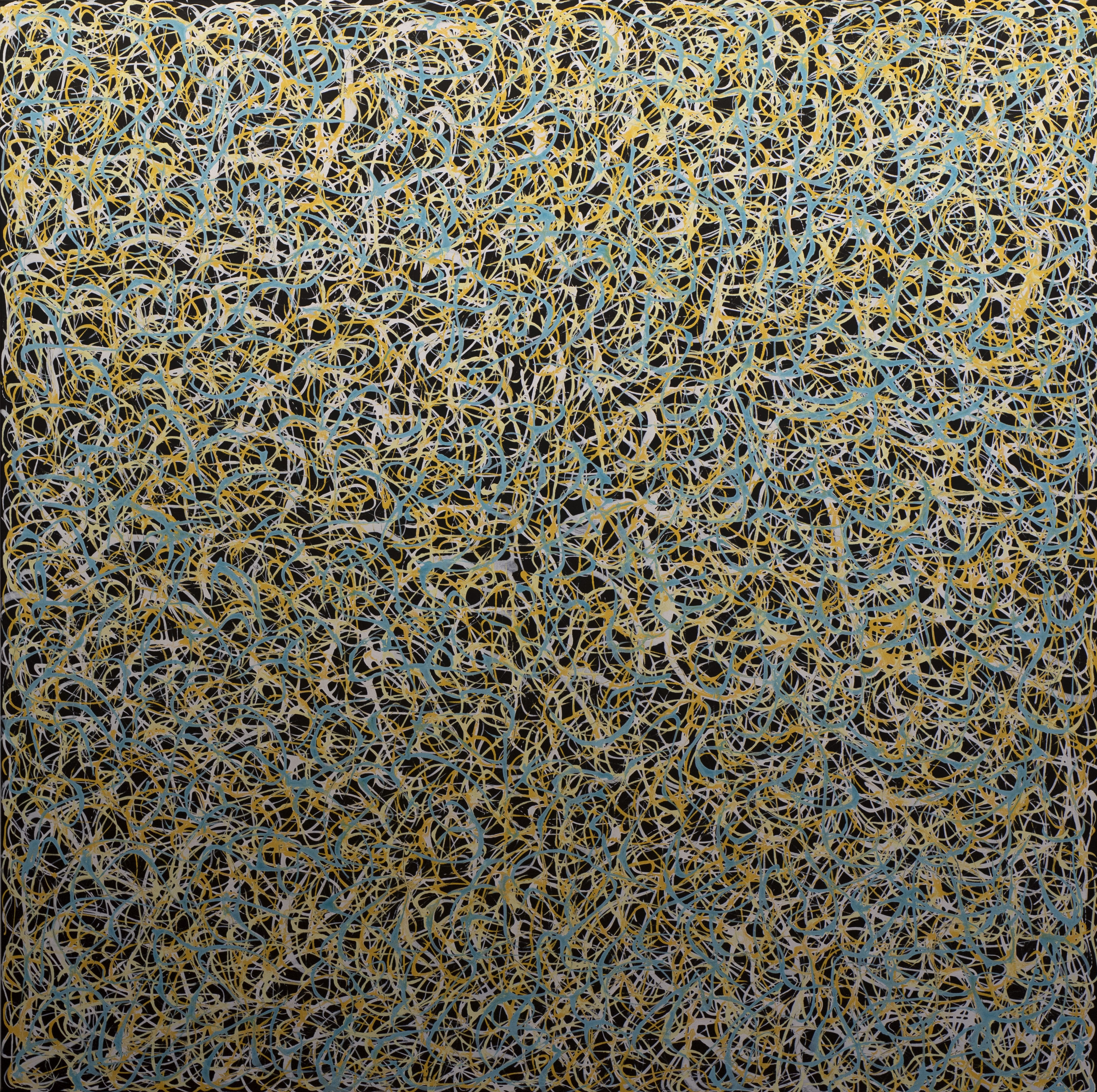 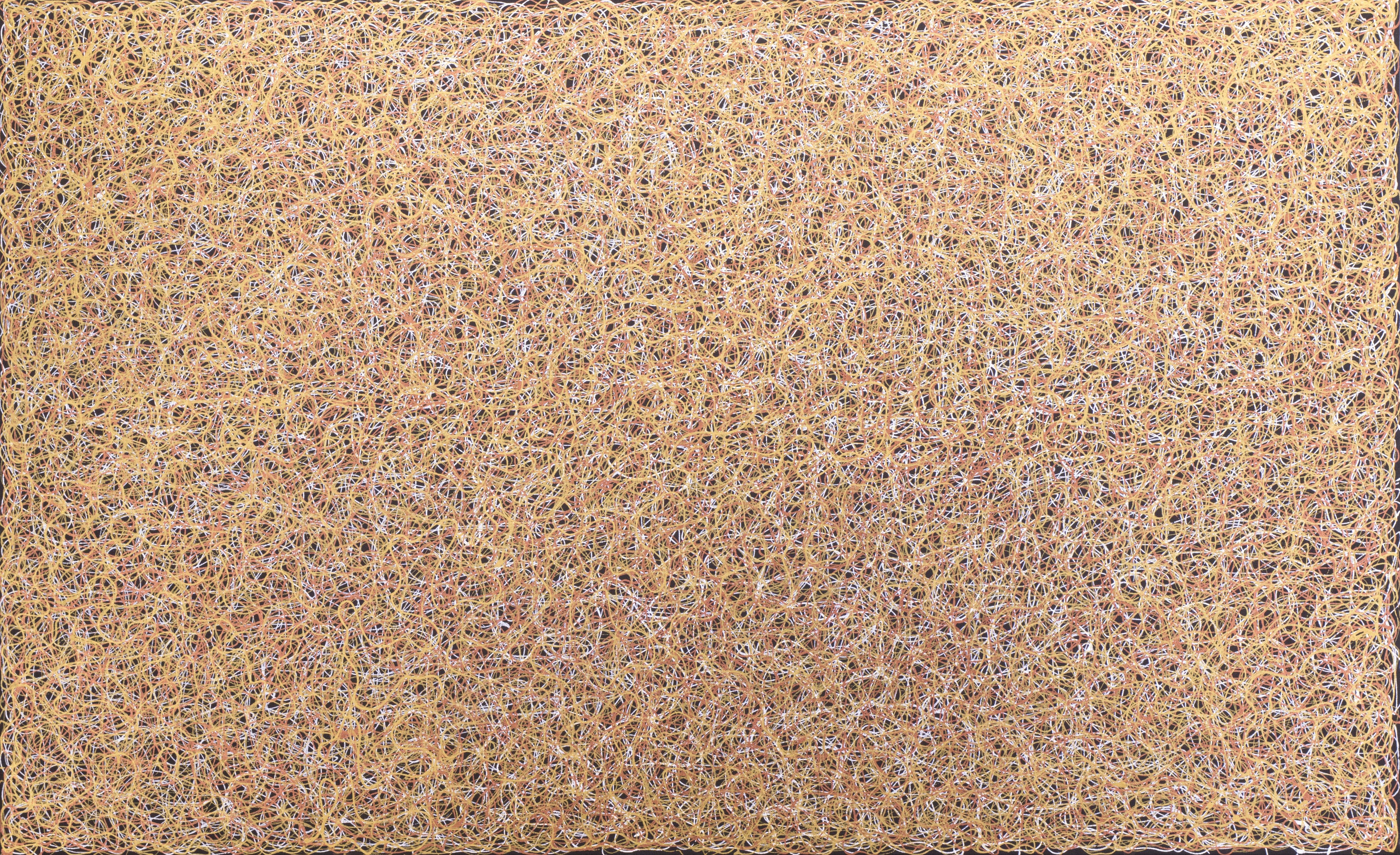 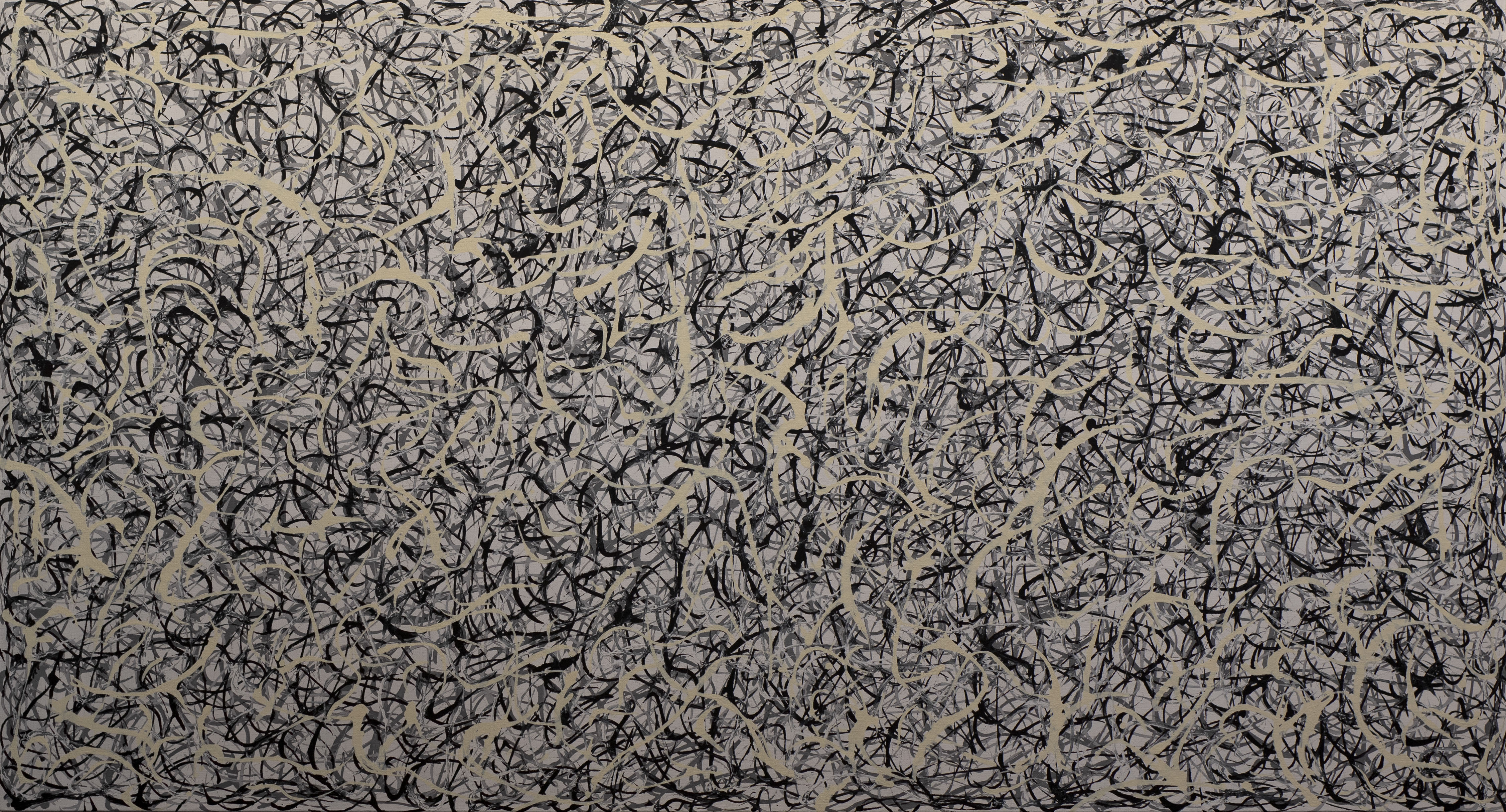 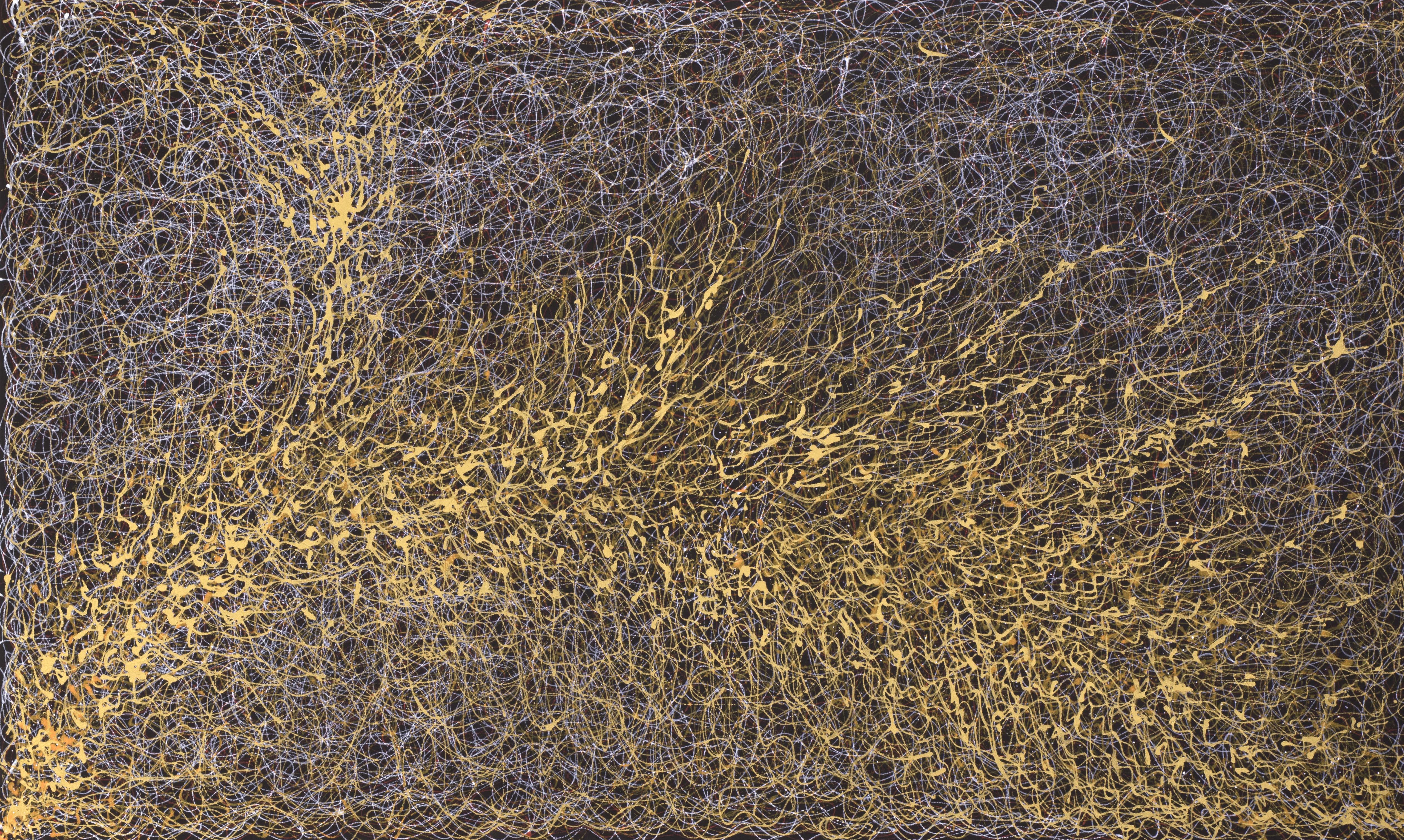