Dennis Nelson Tjakamarra was born in Alice Springs in 1962, son of Johnny Warangkula Tjupurrula, one of the founders of the desert painting movement, and his second wife Gladys (Yawitji) Napanangka, who was among the first group of women at Papunya to paint for Papunya Tula Artists. Dennis remembers going "after school or smoko time" to watch the painters at work. He says his father taught him to paint: "Use brush - cut 'im - he learn me. When I'm a little boy he sat me down in the gallery".

Dennis' paintings are strongly reminiscent of his famous father's early works: "I carry on his style. I know." Johnny also taught him his stories and took him to the sites: the Kalipinypa Kapi Tjukurrpa (Water Dreaming) with "lots of birds playing round after the rain"; the "Death Spirit [that] comes from underground in the middle of the desert" and Tjikari where the "Men Dreaming [are] still there now". Dennis painted for Papunya Tula Artists in the early 1990s, then for Warumpi Arts before its closure in 2004, now painting at Papunya Tjupi Arts.

Dennis’ works are sought after and he has exhibited widely across Australia and internationally in Germany and the United States of America. 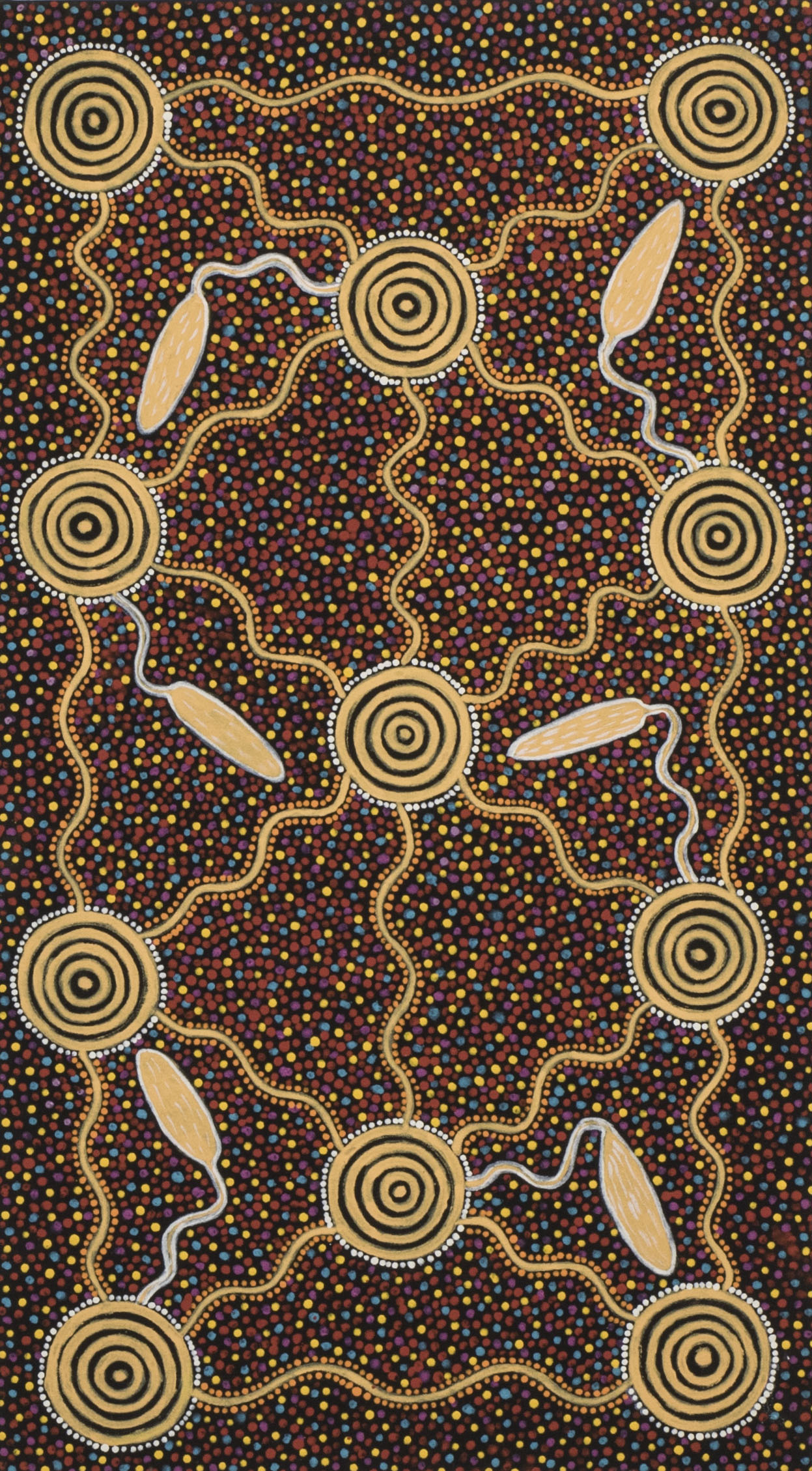